It is the winding roads in life that are usually the most interesting. The same can be said when it comes to an individual’s professional journey and career path. Nicole Silverman demonstrates this truth as well as anyone.

Ms. Silverman’s educational and professional journey has stretched from high school, college, and law school in the Sacramento area to the museums of Vienna, Austria, and back. It has taken unexpected turns, strengthened her beliefs, and broadened her perspectives.

In addition, it has shaped her outlook on teaching when she began her role as professor in the Paralegal program at MTI College.

“We learn so much from the things we experience. A big part of where I am today is the result of an experience I chose to pursue in my final year of law school that completely changed my perspective and led me down a new path within the field of law. So that’s something I always emphasize to my students, to never close themselves off to new opportunities, to go after the kind of experiences that can impact their outlook and career goals.”

Ms. Silverman grew up in Sacramento and always stayed local, completing what she describes as the area’s “trifecta” in terms of her education—high school, junior college at Sacramento City College, and undergraduate study at the University of California, Davis (UC Davis).

At UC Davis, she chose to follow one of her passions, history.  Specifically, she majored in Early Modern American and European History, and as part of her undergraduate experience traveled abroad to explore some of the history of World War II in Vienna.

Ms. Silverman’s initial plan was to put her degree in history to use by teaching—either at the K-12 level or pursuing advanced study in the field and teaching at the university level. However, while she felt that teaching was something of a natural calling, the more she thought about it, the harder it became to deny the powerful interest she had in another academic discipline—Law.

“I’ve always been interested in law; I like the idea of service and helping people who are going through something very tough and need a voice.  So, I decided that a career in law was right for me, but coming out of UC Davis, I wasn’t totally sure what my best next step would be. I thought about applying directly to law school, but then decided that going the route of a paralegal first would give me a really solid foundation.”

Having grown up in Sacramento, Ms. Silverman was aware of MTI College, and knew that the school was held in high regard. She looked around at other respected paralegal programs in the area, but in the end, none of the others could match a key distinction of the Paralegal program at MTI College—the fact that it is approved by the America Bar Association (ABA). 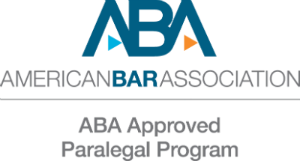 “In the legal world, that’s huge. None of the other programs I looked at, which were definitely good programs, had that ABA approval. MTI did.”

Since she had already earned her bachelor’s degree at UC Davis, Silverman was able to complete the Paralegal program in just one year. From there, she was accepted at the University of the Pacific, McGeorge School of Law. During her time in law school, Silverman balanced a heavy workload as a full-time paralegal/law clerk during the day and a law student at night.

It was in her final year of law school when Silverman made a choice that would change the trajectory of her legal career. She decided to take part in McGeorge’s Prisoner Civil Rights Mediation Clinic (Prisoner Mediation Clinic), where she assisted federal judges in the Eastern District of California with co-mediating Section 1983 prisoner grievances. In the Prisoner Mediation Clinic, she conducted interviews with prisoners in the prison or via telephone, drafted confidential pre-mediation bench memorandums for the judges, and assisted in mediating settlement conferences between prisoners, the California Office of the Attorney General, and the California Department of Corrections and Rehabilitation.

“It was pretty eye-opening to see just how huge the power imbalance was when it came to prisoners’ legal needs being met. Their cases would take much, much longer to work their way through the system.”

It was an impactful experience, and one that led Silverman to pursue work in the public defender’s office so that she could do her part to ensure that everyone, no matter their circumstance in life, would have a legal advocate.

Through it all, Ms. Silverman never lost touch with her interest in teaching. After earning her Juris Doctorate (J.D.), she decided to reach out to her old acquaintance, Linda Gardenhire, the department chair of Paralegal Studies at MTI College.

Ms. Silverman started to engage with students at MTI by taking part in panel discussions and speaking opportunities at the school. She is now in her second year teaching online torts, and substitute teaches on campus in a variety of legal courses.

The positive experience Ms. Silverman had as a student at MTI, has carried over to her role as professor in the Paralegal program.

“Unless you are from the Sacramento area, it is hard to know just how respected the Paralegal program is. I have worked with a lot of law firms, and the majority of paralegals you see there are from MTI. The overall quality of the program is something that I’m really proud to be a part of.”

Nevertheless, teaching at MTI holds a special place for Ms. Silverman, because every day is an opportunity to empower students to achieve their goals.

“It’s really fulfilling to see just how passionate the students are. They are motivated to learn the law, they are inquisitive, they ask a lot of questions, and they want to further themselves. You have to respect that. And it’s great being able to share my story with them as a source of motivation.”

“These subjects can be pretty difficult. So when I see them succeed in class and that they genuinely understand the material in a way that’s going to contribute to their success down the road, it’s just a really good feeling.”

When she is not teaching, clerking, or working as a independent contractor for multiple law firms, Ms. Silverman devotes her time to her son, and can usually be found at a local park cheering him on during his soccer games. She is looking into piano lessons and Spanish classes as other ways for them to spend quality time together.

Ever the lifelong learner, Ms. Silverman is also considering pursuing a master’s degree in social work as a way to help survivors of sexual exploitation, an issue she has learned about through her work in the public defender’s office.